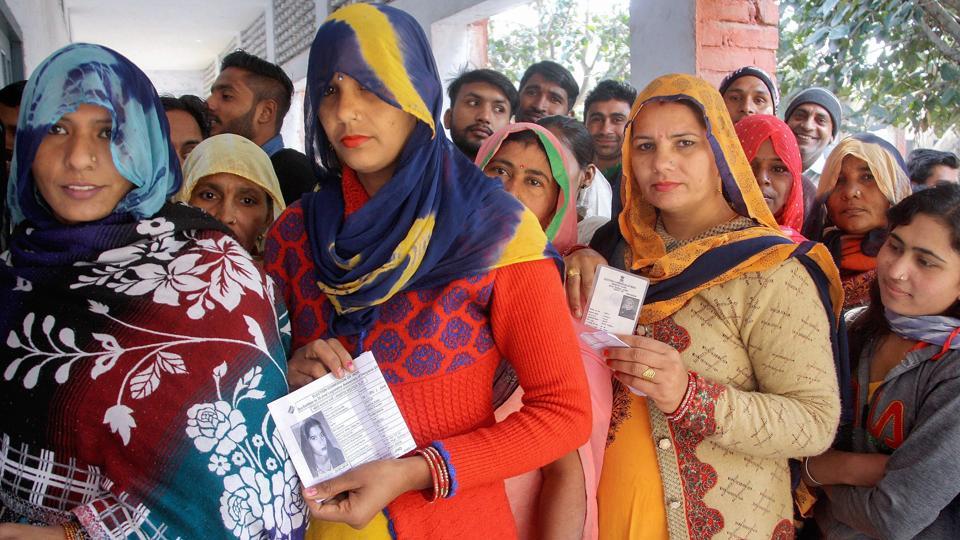 The BJP’s spectacular victory in the 2014 Lok Sabha elections relied on stunning victories in the ten states of the Hindi heartland – Bihar, Chhattisgarh, Delhi, Himachal Pradesh, Haryana, Jharkhand, Madhya Pradesh, Rajasthan, Uttarakhand and Uttar Pradesh. The BJP won 190 of the 225 Lok Sabha seats in these states, virtually ensuring the success of its bid for power at the Centre.

Its fortunes in the 2019 Lok Sabha elections rest crucially on its performance in these states, but more so in Uttar Pradesh. This is not only because it provides the largest number of seats in the Lok Sabha, but also because of its oversize impact on the rest of the Hindi heartland.

This article attempts to predict the BJP’s performance in Uttar Pradesh in the 2019 Lok Sabha elections using past voting trends – both from the assembly election in 2017 and the previous Lok Sabha elections. Our interest in this exercise is motivated primarily from understanding the possible impact of the electoral alliance between the Bahujan Samaj Party (BSP), the Samajwadi Party (SP), and the Rashtriya Lok Dal (RLD). This alliance has been formed with an explicit anti-BJP focus and is, by all accounts, likely to have a significant impact on the outcome of the 2019 Lok Sabha elections. This article attempts to quantify the impact.

We used this number to predict the vote share for each party at the parliamentary constituency level in the 2019 Lok Sabha election. We added up the vote shares of SP, BSP and RLD to arrive at their predicted combined vote share. Finally, we declared the party or alliance with the maximum vote share as the winner.

The second method was more straightforward. We used the parliamentary constituency-level vote share of each party in the 2014 Lok Sabha elections as the predicted value of vote share in the 2019 Lok Sabha elections. Moreover, just like in the first method, we added up the vote shares of SP, BSP and RLD to arrive at the predicted vote share of the combine. Once again, we declared the party or alliance with the maximum vote share in a parliamentary constituency as the winner of that seat. The results of our prediction exercise are summarised in the table.

But the number of seats that the BJP can win will be impacted significantly. Using the first method that relies on the 2017 assembly election patterns, its seats will drop from 71 to 27 in 2019, a deficit of 44.

If we use the second method that relies on the 2014 parliamentary election patterns, the BJP’s seats will drop from 71 to 30 in 2019, a deficit of 41. Both methods point in the same direction: a massive decline in the number of seats that the BJP can win. Whether the party will be able to make up the 40-plus seat deficit in UP from other states is a critical question. The party swept most of the north and west India in 2014. This means that there is likely to be deficits from those parts of India as well. East and South India do not hold promises of significant increment either. All in all, the significant seat deficit in UP might mean serious trouble for the BJP’s ambition to form the next Central government.

The reasons for this significant change in the BJP’s electoral fortunes between 2014 and 2019 is almost wholly governed by the logic of electoral arithmetic. The SP and BSP have had significant electoral presence in UP for the past several decades. The BJP has been able to gain electoral victories primarily because of triangular or quadrilateral contests. The RLD’s presence is limited to western UP, but it wields sufficient electoral prowess to deal a strong blow to the BJP.

In the current conjuncture, neither the SP nor BSP, and least of all RLD, has the electoral heft to defeat the BJP on its own. This is evident from the vote share data of the previous two elections. But it is interesting that the BJP has not been able to erode their vote shares significantly. For instance, between 2014 and 2017, both the SP and BSP increased their vote shares. Moreover, taken together, these two parties have consistently maintained a vote share that is close to or larger than what the BJP managed to get in 2014 – its most stunning performance so far.

Thus, the SP-BSP alliance will be able to significantly reduce the seats won by the BJP, unless there is a drastic change in voting patterns. The Congress may go without any seats if the prediction from the first method comes true. This is not surprising. The combined might of three parties can obliterate small parties in the first-past-the-post system.

The Congress may go without any seats if the prediction from the first method comes true. Credit: PTI

Using the past to predict the future is always a risky venture, especially so in the case of electoral outcomes. After all, the situation in the economy and polity change between elections. Political parties intervene to shape the outcomes in their favour.

Let us start with the electoral reasons. First, the Mahagathbandhan parties may not transfer votes to each other. After all, the BSP and SP has had an acrimonious relation till very recently. Their voters rely on caste loyalties, which are not readily mutable. While this remains a valid concern about our methodology and predictions, it is also important to note that the alliance has had quite a few successful dry runs – in Gorakhpur, Phulpur and Kairana.

The recent joint rally of Mayawati and Mulayam Singh Yadav bolsters the chances of a successful replication of those experiments at the state level. Second, Muslim and secular votes which were with other parties (the Congress, for example) may shift towards the Mahagathbandhan once it emerges as the only serious contender against the BJP. While the first factor would improve the BJP’s performance, the second would undermine it, and it is possible that these contradictory tendencies will balance each other out.

Turning to political reasons, we should note that the BJP came to power in 2014 because it could project an image of a party that would address the economic problems of the vast majority – the rising unemployment of the youth, the distress in the agricultural sector, the precarious lives of the informal sector workers. This the BJP could do easily by drawing attention to and contrasting itself with the “corrupt, and ineffectual Congress”.

But now the same problems plague the BJP. The promise of generating jobs remains unfulfilled. The deepening distress in the agricultural sector has hardly been addressed – other than by window dressing measures. On top of that were the misadventures of demonetisation and the hurriedly implemented GST, both of which inflicted enormous costs on the ordinary citizen.

The BJP did well in the 2017 UP vidhan sabha elections because demonetisation was successfully marketed as a pious nationalistic act. The fragmented state of the opposition also helped. But reality soon caught up. In 2018, vidhan sabha results in Rajasthan, Chattisgarh and Madhya Pradesh signaled the shifting mood of the electorate.

Nothing has changed significantly since the 2018 vidhan sabha elections for the unemployed youth, the distressed farmers, the precarious workers – other than BJP’s recent, frantic efforts to divert attention from these economic issues by stirring nationalist frenzy and religious bigotry.

Hence, it seems likely that the logic of electoral arithmetic that favours the SP-BSP-RLD alliance will be bolstered by these enduring failures of the BJP to hand it a crushing defeat on its own turf.