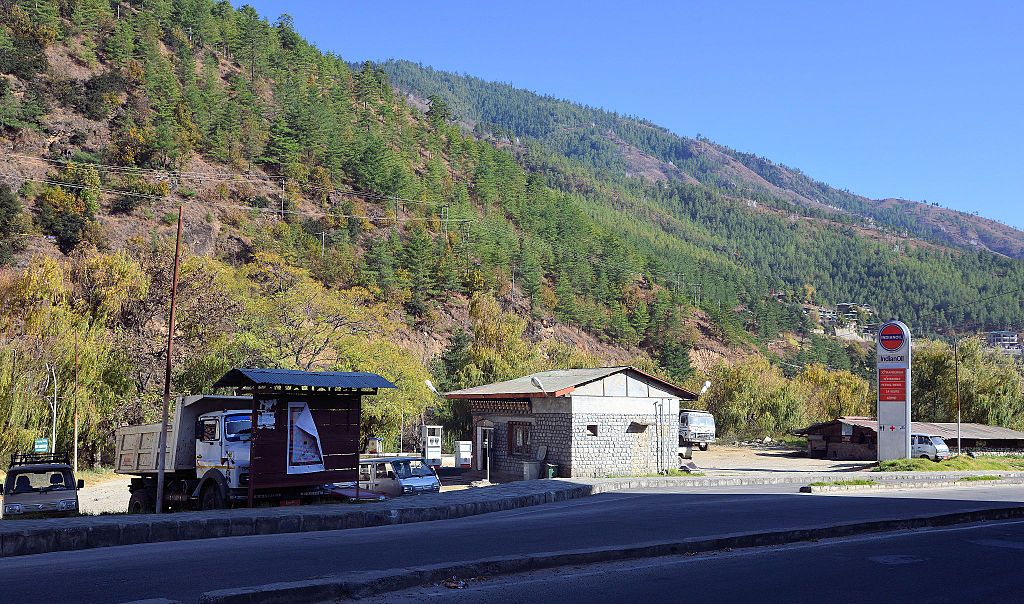 It is an issue of international border. Despite not being illegal in the eyes of law, it is eating up mammoth amount of government revenue. The loss is going up every day with steady upward journey of oil price in India. Petroleum dealers in Bengal now want Government of India to take up the matter with Bhutan for a resolution.
The issue has its root in on NH31, popularly referred as Assam Road that connects India’s North East region with rest of the country while traversing through extreme northern part of West Bengal(WB) in East-West direction. At places, it comes closer than even 10 km from Indo-Bhutan border.
Priced at Rs. 64 and Rs. 72 a liter in Bhutan, diesel and petrol both are now cheaper by Rs. 12 a liter there compared to pumps in WB. The difference is also steadily increasing as Bhutan does not change oil price every day. Almost all Indian vehicles, travelling through NH31, run a few km extra to get into Bhutan to refill instead of refilling at Indian pumps,” said S. Palchoudhury, President, North Bengal Petrol Dealers Association(NBPDA).
Under Indo-Bhutan friendship treaty, no visa is needed to cross the border. Moreover, Indian currency, an official tender within Bhutan, always carries same value as Bhutan currency Ngultrum. “Thus, this easy refilling from Bhutan is not illegal. But causing revenue and sales loss for us,” said a senior oil dealer in Hasimara an Indo-Bhutan border town in India.
As NBPDA estimation goes, near 150 outlets on NH31 are losing around 20% of their total sales. The estimated loss is around 250 kiloliter (KL) of diesel and 135(KL) petrol per day. “With state Govt. revenue component of around Rs 10 per liter of diesel and Rs. 16 for petrol, annual loss is Rs. 176 crore while our sales loss is Rs. 750 crore. Centre is also losing revenue,” said Palchoudhury.
“Introduce fuel log card for vehicles entering into Bhutan can be a solution. In that, Bhutan pumps will write refill volume for Indian authority at border to charge revenue based upon that. A share of this collection can be passed on to Bhutan pumps as reward for this support. By equalizing net price in both sides, this system can save our sales as well as Govt. revenue. We are preparing a proposal in that line,” he said. (Source: ET)