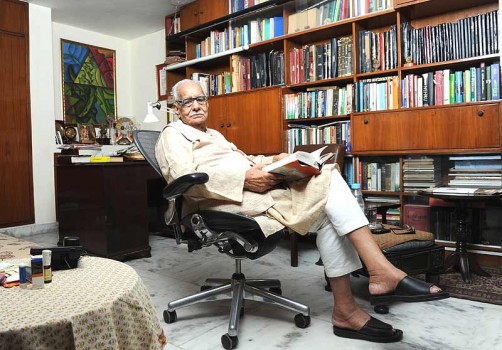 Eminent writer and journalist Kuldip Nayar passed away in New Delhi on Thursday following a brief illness. He was 95.

When Emergency was declared, he was one of the first journalists to be put in jail.

A journalist, author, columnist, human rights activist, diplomat, peacenik and a doughty fighter against the Emergency – Kuldip Nayar saw Indias modern history being made and wrote about it with depth and passion.

Though he wore many hats in his long career, he remained a quintessential journalist till his last breath and did not shy away from speaking his mind, including on communal upsurge.

Nayar (95) was jailed during the Emergency (1975-1977) by the Indira Gandhi government and he fiercely fought for press freedom.

He covered a host of events in his journalistic career spanning over six decades and wrote about major figures in India and the neighbourhood involving the eras of Lal Bahadur Shastri, Jai Prakash Narayan, Indira Gandhi, Zia-ul Haq and Zulfikar Ali Bhutto.

Nayar, who was a media advisor to late Prime Minister Lal Bahadur Shastri, was a witness to the Tashkent Accord signed between India and Pakistan. Shastri had died the same night following a heart attack. He knew former Prime Minister Indira Gandhi so well that he was almost on first name basis with her.