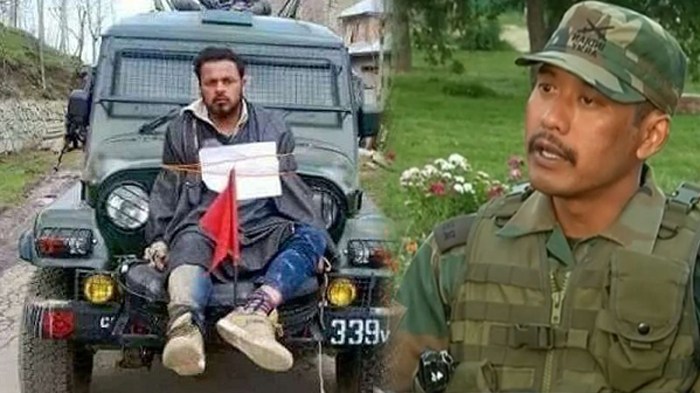 NEW DELHI: A Court of Inquiry has ordered to initiate disciplinary action against Army Major Leetul Gogoi in the Srinagar hotel altercation case.

Gogoi has been prima facie found guilty of “fraternising with local and being absent from duty in operational area”.

On May 23, Gogoi was detained by police following an altercation at a hotel in Srinagar where he was allegedly trying to enter with an 18-year-old woman.

Days later, the Army had ordered the CoI into the incident after Army chief Gen Bipin Rawat said in Pahalgam that exemplary punishment would be given to Gogoi if he was found guilty of “any offence”.

“If any officer of the Indian Army is found guilty of any offence, we will take strictest possible action,” Gen. Rawat had said.

Major Gogoi had hit the headlines last year after he tied a man to a jeep in Kashmir purportedly as a shield against stone-pelters during polling in the Srinagar Lok Sabha byelection on April 9.

(TOI With inputs from agencies)