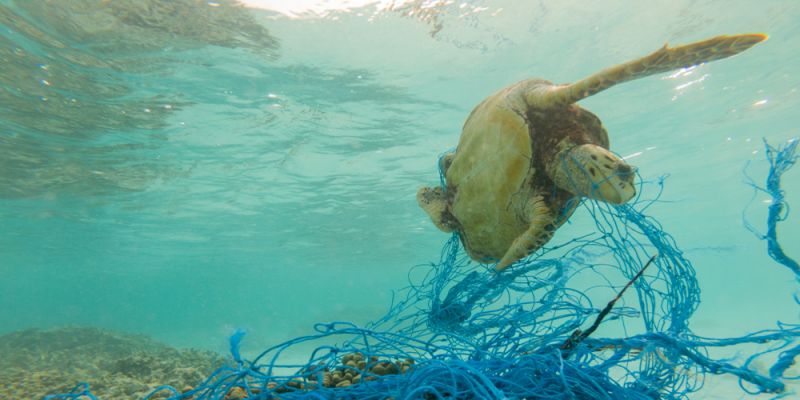 Strategic solutions to deal with global deluge of plastic pollution

By the year 2050, there will be more plastic in the oceans than fish.  Expressing this grave concern Asia Pacific Regional Bureau of UNESCO says the point was driven home again in recent days after a dead sperm whale washed ashore in Indonesia. Just a few months after a pilot whale died off Thailand after injesting 80 plastic bags, the 9.5-metre sperm whale had nearly six kilograms of plastic in its stomach.

Plastic pollution has reached an all-time high. According to the UNESCO with a global plastic production amounting to about 300 million tons a year – and an estimated 9.1 billion tons produced to date – 8 million tons is dumped into the oceans every year. “Due to the nature of our throw-away society, almost half of the plastic we use is disposed of after being used only once. A plastic bag, for example, has an average working life of 15 minutes but can remain in the ocean for up to 20 years. Other plastics need hundreds of years to fully decompose” the agency says.

The grisly finds involving dead cetaceans is only a warning sign of far larger problem. Many marine organisms are consuming plastics, mistaking it for food, leading to plastic entering the human food chain through the consumption of fish and other seafood. In the Asia-Pacific, the problem is particularly acute with the majority of plastic waste that ends up in the ocean coming from the region.

Recognizing the urgency of this problem, and marking World Science Day for Peace and Development, UNESCO in partnership with the Asian Institute of Technology (AIT), Thailand’s National Science and Technology Development Agency (NSTDA) and the Ministry of Science and Technology (MOST) hosted two events at UNESCO Bangkok’s office and the AIT campus on 12 and 13 November to confront and find solutions to the global issue of plastic pollution, with a particular emphasis on engaging a new generation of students.

Accorrding to An Nguyen Hue, from Viet Nam’s Department of Science, Technology and International Cooperation Vietnam is very concerned with the gravity of the problem including marine plastic waste. And Viet Nam is truly working on dealing with it.

There are clear models worldwide for reducing waste, as presentations from speakers from China, Germany, India and Rwanda illustrated at the two events. Representatives from Cambodia, Laos, Myanmar and Singapore also reiterated the regional challenges. As the deaths of the two whales in Indonesia and Thailand have occupied global headlines, there is a growing understanding in the general public about the threat posed by plastic pollution not only to the environment but to human health as well.

Henning Schwarze, a German entrepreneur and tourism professional who spoke at the event says that raising awareness is a key combating the global plastic problem. Nonetheless regulations needs to be implemented, to reduce plastic consumption in additional sectors and economies, eg, in the construction industry.

Consumer and retail patterns are also under the microscope, with recent news in Thailand focusing on the prevalence of single-use plastics in the name of ‘convenience’. An individual snack portion, for example, is already packaged in plastic and then typically placed in another plastic bag, along with a disposable spoon, again in its own plastic wrapping. The sheer volume of plastic detritus distributed over the counter every day is staggering – and unnecessary.

The European Parliament recently approved a union-wide ban on single-use plastics, including items such as cutlery, cotton buds and straws, since there are already alternatives available. The ban is meant to be achieved by 2021, with a further goal that 90% of plastic bottles will be collected for recycling by 2025. Rwanda has already banned plastic bags completely since 2008, and the capital, Kigali, has since been recognized as the cleanest city in Africa and quite possible in the world. Among the displays at the World Science Day events was the NSTDA’s biodegradable packaging as an alternative to plastic, as countries in this region consider similar measures.

As the soft launch of UNESCO’s Plastic Initiative to gather ideas for plastic waste management, particularly by engaging youth, and testing projects in the 152 UNESCO Biosphere Reserves, the recent events marked a new commitment to a comprehensive, strategic approach to a worldwide problem. Young people from across the Asia-Pacific region are encouraged to participate and bring innovative ideas to the table, with project viability evaluated by a young people and professionals, and crowdfunding conducted over the course of coming years.

“Do not wait until 2050, when our oceans will have become veritable rubbish bins. A commitment to combating plastic pollution requires strategic solutions and the participation of every one of us” Unesco said. 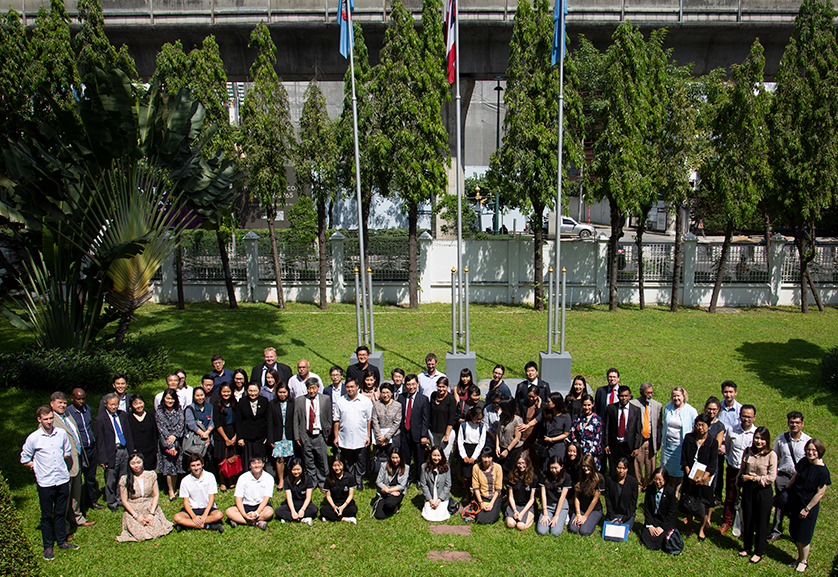 ‘In the last two days, we all have been alerted about the emergency of addressing plastic waste, including marine plastic waste. No doubt, my country is partly responsible for it. And Viet Nam is truly working on dealing with it. We are ready to tackle this issue together with other Asian countries and to engage with all stakeholders.’

An Nguyen Hue, from Viet Nam’s Department of Science,
Technology and International Cooperation 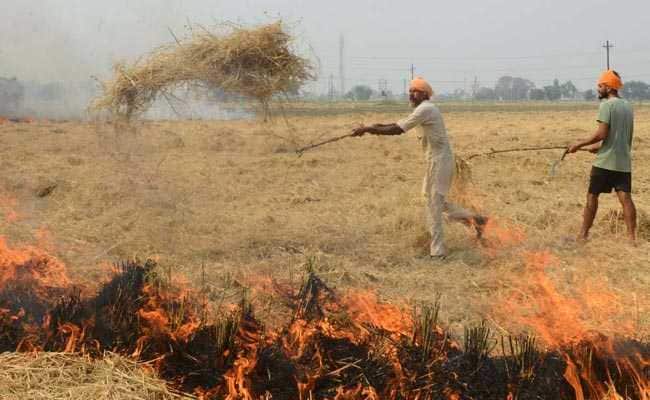 Air Quality Index Delhi Today: The deterioration of air quality has been linked to stubble burning, which was banned in 2015 by the National Green Tribunal in states like Rajasthan, Punjab and Haryana.

Air quality in Delhi is expected to remain “poor” for a fourth straight day today, with the national capital likely to record an Air Quality Index of 256, up from 222 on Saturday and 208 on Friday. The AQI is likely to worsen to “very poor” by the third week of October, according to the centre-run System of Air Quality and Weather Forecasting and Research (SAFAR). Certain neighbourhoods in Delhi, such as Anand Vihar and Wazirpur, have already recorded AQIs of more 300, placing them in the “very poor” category.

The deterioration of air quality has been linked to stubble burning in the neighbouring states of Punjab and Haryana. Stubble burning has also contributed to an increase in PM2.5 levels – atmospheric particulate matter with a diameter less than 2.5 micrometres – with the concentration of the pollutant expected to rise to 6 per cent by Tuesday.

“The fire counts in Punjab and Haryana have increased significantly over the last two days. The wind direction in Delhi is westerly which is unfavourable thereby carrying the smoke from the stubble burning towards Delhi,” LS Kurinji, a research analyst with the Council on Energy, Environment and Water (CEEW), was quoted by news agency IANS.

“Delhi will probably encounter poor air quality in the coming days due to the prevailing wind direction and the stubble burning,” she added.

Delhi air quality has been declared “poor” for the first time in three months. It had remained “satisfactory” between July and September, aided by the monsoon and favourable wind conditions.

In 2015, the National Green Tribunal banned crop residue burning in Rajasthan, Uttar Pradesh, Haryana and Punjab. The ban seemed to have little effect – last year, NASA released images of farm fires from Punjab and Haryana, where more than 120 cases have been reported this year, showing crop residue burning as the cause of air pollution.

Air quality levels are likely to become a political battleground between the ruling Aam Aadmi Party (AAP) and the opposition BJP ahead of Assembly polls expected in 2020.

Delhi Chief Minister Arvind Kejriwal, who addressed a climate change summit in Denmark via video conference on Friday, after being denied permission to attend by the centre, raised the issue during his talk and said his AAP government had reduced air pollution levels by 25 per cent over the past three years, thanks to initiatives like the “odd-even scheme” that will come into effect between November 4 and November 15.9 COMMENTS

With input from PTI, IANS