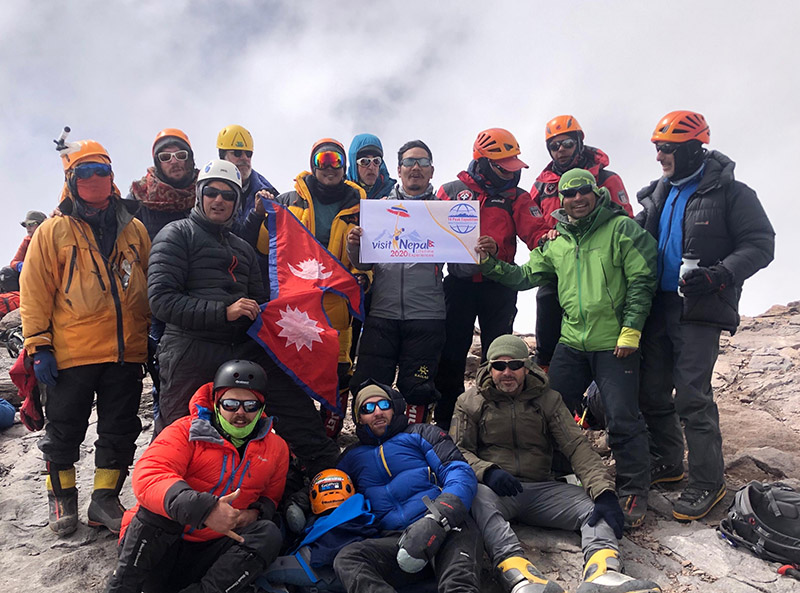 KATHMANDU: At least four Nepali climbers have successfully scaled the highest peak in South America expressing their commitment to make the ‘Visit Nepal-2020’ campaign a success.

Along with Tashi Lakpa, Karma Tenzing Sherpa, Halung Dorchi Sherpa, and Satish Man Pati stood atop the 6,962-metre peak where over 50 world climbers joined the team to promote the ‘Visit Nepal-2020’ campaign.

“This is the first time the world climbers joined Nepali team to celebrate Christmas, New Year and the Nepal’s national tourism campaign on the summit of the highest peak out of Asia,” Tashi Lakpa, who holds a world record of the youngest person to climb Mount Everest without supplemental oxygen, shared. “We have also urged the world climbers to return to Nepal in 2020.”

With the successful ascent of Mount Aconcagua, Tashi Lakpa, on his mission to scale all seven highest peaks in all seven continents, completed his fifth mountain this winter. He has to climb two more peaks – Mount Vinson in Antarctica and Mount Carstenz pyramid in Australia – to achieve the feat. The Managing Director of Seven Summit Treks has already climbed Mt Everest, Denali, Elbrus and Kilimanjaro. 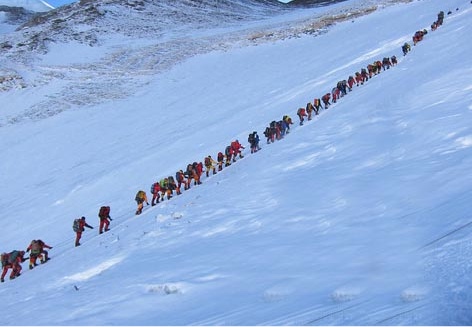