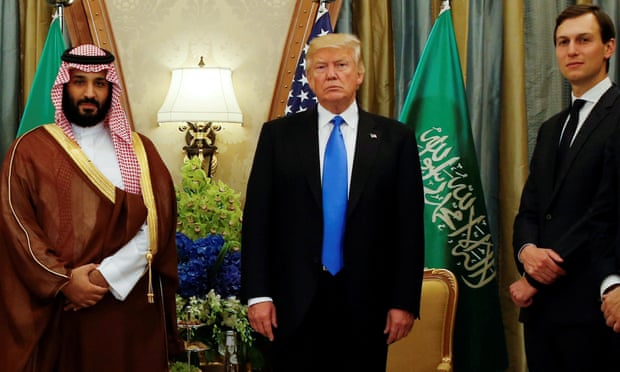 As Democrats unravel the many ways the administration has been beholden to Saudi Arabia, Kushner’s role is particularly troubling @BazziNYU

The new Democratic majority in Congress is unraveling the many ways that Donald Trump’s administration has been beholden to Saudi Arabia since its earliest days. In a report last month that got lost in the crush of other news, House Democrats detailed how top Trump administration officials, including Michael Flynn and Jared Kushner, pushed to provide the Saudi government with technology to build nuclear power plants. That could put Saudi Arabia on the path to developing nuclear weapons, and further destabilize the Middle East.

Kushner’s role is particularly troubling because, as the president’s son-in-law and senior adviser, he has cultivated and shored up the relationship between Trump and the ruthless Saudi crown prince, Mohammed bin Salman. The Kushner-Prince Mohammed friendship is at the heart of the US-Saudi relationship today, and it’s one reason that Trump has tried to shield the crown prince from blame for the murder of the Saudi journalist Jamal Khashoggi. Trump and Kushner, both used to shady real estate deals, adapted quickly to Saudi Arabia’s system of patronage and clientelism: unwavering support from the Trump administration for the promise of weapons sales and other business deals.

The project to sell nuclear power plants to Saudi Arabia began in late 2016, during the presidential transition, when a group of retired US generals and national security officials coalesced around Flynn, Trump’s first national security adviser. Even after Flynn was fired in February 2017, other White House officials revived the plan, despite objections from administration lawyers who worried that the proposal could violate US laws intended to stop nuclear proliferation. And the idea is still alive: Trump met last month with the CEOs of several private nuclear power companies who sought his help in building power plants in the Middle East.

While most attention has been focused on Flynn’s role, Kushner is entangled in several conflicts of interest around the Saudi project, according to the 24-page report from the House oversight and reform committee. One of the potential beneficiaries of a Saudi nuclear deal is Westinghouse Electric, which is owned by a subsidiary of Brookfield Asset Management, a real estate company that recently bailed out Kushner and his family’s company in their ill-fated, $1.8bn purchase of a Manhattan office tower at 666 Fifth Avenue.

The alliance between Kushner and Prince Mohammed has consequences for US policy: Trump ignored a deadline last month to submit a report to Congress on whether the crown prince was personally responsible for Khashoggi’s murder and dismemberment at the Saudi consulate in Istanbul, as US intelligence agencies concluded. But like Trump’s previous attempts to shield the prince from blame for Khashoggi’s killing, this one will backfire. By defending Prince Mohammed so strongly, Trump has made the crisis worse and has emboldened a tougher response in Congress.

Soon after Trump was elected, the Saudi crown prince and his advisers targeted Kushner as their gateway into Trump’s inner circle. They realized that Kushner was vulnerable because of his business dealings, lack of knowledge of the Middle East and eagerness to negotiate a peace agreement between Israel and the Palestinians. Trump’s “inner circle is predominantly dealmakers who lack familiarity with political customs and deep institutions, and they support Jared Kushner”, a delegation of Saudi officials sent to the US by Prince Mohammed in November 2016 wrote in a presentation that was later published by the Lebanese newspaper Al Akhbar.

The Saudis hooked Kushner on that visit, and by March 2017 he had arranged a formal lunch for Trump and Prince Mohammed at the White House, where the prince received a grand reception normally reserved for heads for state. Kushner then convinced Trump to make Saudi Arabia the first stop of his maiden foreign trip as president in May 2017. By that point, the Saudis realized that Trump craved flattery and respect, and they gave him an extravagant welcome with multiple banquets and displays of fealty. It’s no surprise that Prince Mohammed later boasted, according to the Intercept, that Kushner was “in his pocket” and had provided information about rivals in the Saudi royal family.

Kushner has been particularly vulnerable because of his family’s purchase of the tower at 666 Fifth Avenue in 2007, at the height of the real estate market that crashed a year later. For the past two years, Kushner Companies has been negotiating for a bailout on the property with investors from China and Qatar, who had close ties to both governments. But those deals collapsed as investors worried about the extra scrutiny generated by Kushner’s role in the White House.

Last spring, Kushner Companies reached a tentative deal with Brookfield Asset Management, which is one of the world’s largest real estate companies, for a 99-year lease on the troubled office tower. At the same time as Brookfield’s property arm was making its deal with the Kushners, another Brookfield unit announced its $4.6bn purchase of Westinghouse Electric, a bankrupt nuclear services company that was part of the consortium vying to build power plants in Saudi Arabia.

That purchase needed the approval of the Trump administration: it was subject to review by the Committee on Foreign Investment in the United States, which includes senior officials from nine US government agencies. The deal required US approval because Canadian-based Brookfield is a foreign company that was seeking to buy an American firm in the nuclear industry. In the past, the committee requiredsome foreign companies to abandon or make changes in their proposed deals. But Brookfield’s takeover of Westinghouse Electric was approved, and the deal closed on 1 August.

On 3 August, Brookfield’s property unit announced it had closed its deal with Kushner Companies and that it would be paying the rent for the entire 99-year lease upfront: an infusion of about $1.1bn that would help the Kushners pay off a large portion of $1.4bn in mortgages due in February 2019. Without a deal, those looming mortgage payments could have forced the Kushners to sell the Fifth Avenue tower at a significant loss.

It’s unclear if Kushner’s business interests played a role in the US approval of Brookfield’s acquisition of a nuclear company. But these conflicts underline the Trump administration’s entire approach to Saudi Arabia and its allies. With his blind support for the reckless crown prince, Trump has dropped the pretense that the US-Saudi alliance is more than a transactional arrangement based on oil, weapons deals and some perceived security interests.

On 16 October, the same day that the secretary of state, Mike Pompeo, arrived in Riyadh to meet with the Saudi king and crown prince over Khashoggi’s fate, Saudi officials deposited $100m in funds that had been pledged to the Trump administration in August to help stabilize parts of Syria liberated from the Islamic State. American diplomats were unsure when the money would arrive until it suddenly appeared in US accounts.

The timing of the funds was a signal to Trump in the deal-making language he understands: the kingdom would continue to honor its financial promises and business commitments to the United States if Trump cooperates in the crisis precipitated by Khashoggi’s murder. Saudi leaders conveyed to Trump – and Kushner – that they too value family loyalty and financial interests above all else.

… we have a small favour to ask. More people are reading and supporting our independent, investigative reporting than ever before. And unlike many news organisations, we have chosen an approach that allows us to keep our journalism accessible to all, regardless of where they live or what they can afford.

The Guardian is editorially independent, meaning we set our own agenda. Our journalism is free from commercial bias and not influenced by billionaire owners, politicians or shareholders. No one edits our editor. No one steers our opinion. This is important as it enables us to give a voice to those less heard, challenge the powerful and hold them to account. It’s what makes us different to so many others in the media, at a time when factual, honest reporting is critical.

Every contribution we receive from readers like you, big or small, goes directly into funding our journalism. This support enables us to keep working as we do – but we must maintain and build on it for every year to come. (Source: The Guarian) 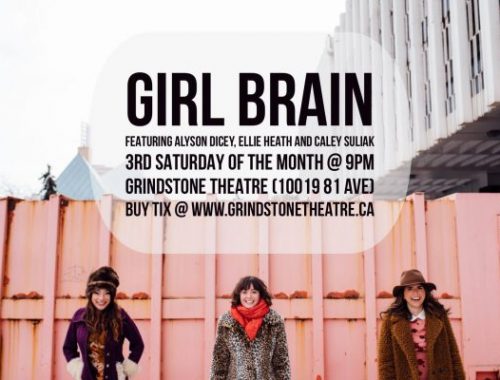 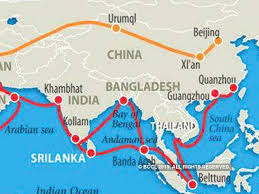